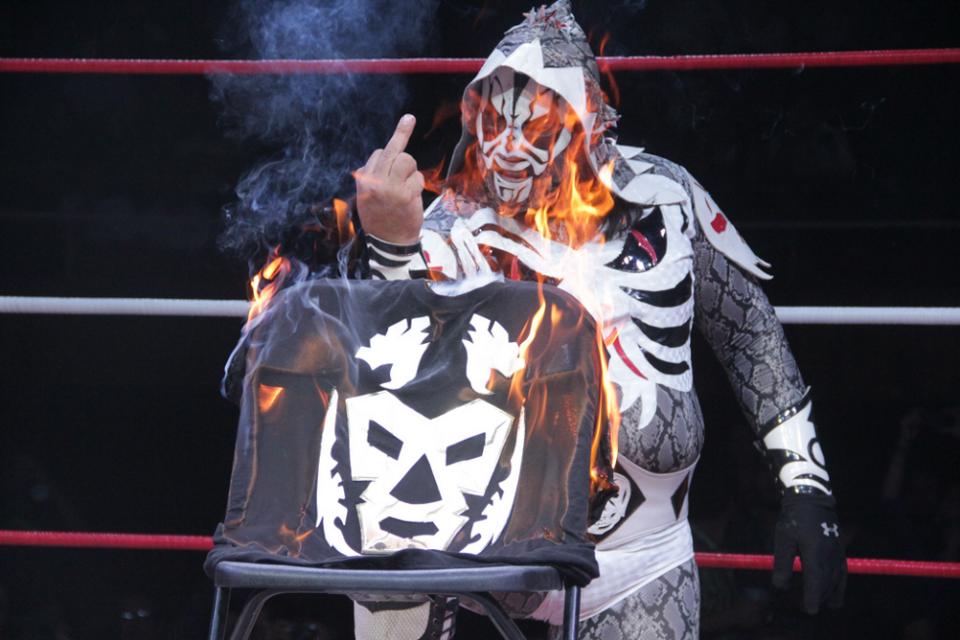 No words can encapsulate a match quite like that photo does. It's a half hour of spectacularly brutal violence within Mexico's greatest Indy feud. They brawl and bleed across the entire arena and not once does it play into the trope of learned helplessness. There's an urgency to their movement. Wagner's either escaping, or one man is physically moving the action. There is no point where they both simply walk to the next area to setup the following spot (hi DDT). Nevermind trying to keep their punches snug, while working in the crowd, to keep the mystery of wrestling alive, Park grabs a fan's beer bottle and cracks it across Wagner's skull, here. You'd swear this is a real life blood-feud. Their followup match, a few months later, isn't as good but Wagner comes out of it looking like he got blasted by a shotgun. I'd not be surprised if Park did take one to him, noting the punishment Wagner took here without being put down.

There's some typical lucha booking shittiness towards the end, but the majority is just far too good to be affected. Easy placing.
Top
Post Reply
2 posts • Page 1 of 1