Billy Gunn was sacked for failing a drug test at a powerlifting competition. So there is a precedent there.
Top

Ferrante207 wrote:Billy Gunn was sacked for failing a drug test at a powerlifting competition. So there is a precedent there.

He was a full time employee getting benefits so that's why he was fired. Brock is a true blue independent contractor and he'll probably get the 30 day wellness slap on the wrist.
Top

Where were you 5 years ago? 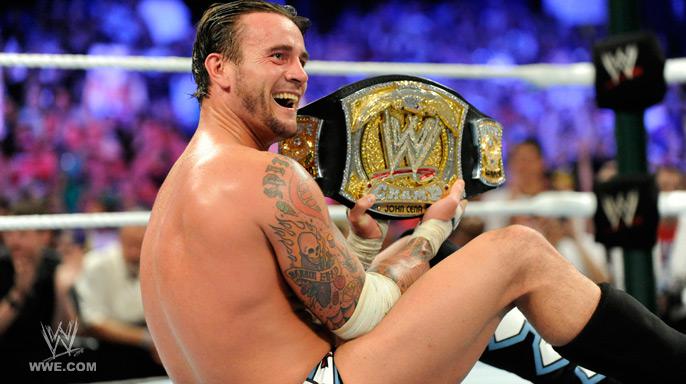 supersonic wrote:Where were you 5 years ago?

Money well spent. I was too jacked up to take a cab back to our hotel after the show, so I made my wife walk 3 miles across Rosemont to our hotel at 10PM. Thankfully, she understood.
Top

NY doesn't license pro wrestlers just promoters. This would be the loophole for Lesnar to be available for SummerSlam no matter what USADA decides.
SUPER DUPER STAR RATINGS~!

achillesforever6 wrote:Man I feel like I'm in bizarro world when reading the reactions to Dean Ambrose matches

The good or the bad?

I generally like his stuff, but never forget that he is not that polished of a worker.
Top

Did they even tell people on Raw to go to the Network to see what the ruling of the match was?
Top

JML wrote:Did they even tell people on Raw to go to the Network to see what the ruling of the match was?

No, they tweeted it. No way of spinning it that they fucked up last night. Whether intentionally or by accident, they should have said something on air.
Top

Stephanie McMahon is reaching "Heel Michael Cole" levels of intolerable for me. She needs to be kept away from a live mic at this point.
https://specialguesttimekeeper.wordpress.com/
Top

It's the issue that many people have brought up (including, probably most famously, Batista). Her berating of the crowd as below her, her declarations of power, her slappings, it's all well and good IF she eventually gets her comeuppance. The problem is: that's few and far between. In recent years, it's become less and less. Throughout history you had her getting pedigreed by HHH, left at the altar, Vickie threw her in pudding (or whatever the hell it was) so those worked. In recent years, has she REALLY been put in her place or knocked down a peg? I honestly can't think of many recent examples.
Top

JML wrote:Did they even tell people on Raw to go to the Network to see what the ruling of the match was?

No. They tweeted it out and sent it through the app almost immediately after the show went off the air. Some theorize they were trying to serve two masters and maybe have people tune into SmackDown to see the resolution but I also don't recall them vividly saying "FIND OUT HOW THIS GETS SOLVED ON SMACKDOWN" so i'm not sure that holds any water.

Very strange and a rare production snafu from WWE to not alter people as to what was going on or where they should go for resolution.
Top
Post Reply
3291 posts