According to The Wrestling Observer Newsletter, Alex Shelley’s ROH contract has expired. He’s been out of action since suffering an injury in June. Shelley has decided to focus on his schooling until the end of 2018. The two sides will likely discuss a possible return at the end of the year.


There are reports that Alex Shelley (Patrick Martin, 35) announced his retirement at the last tapings. He cut a promo saying what we had already reported, that he was taking time off to finish school and heal up. His contract here expires before he’ll be back in action so he’d be a free agent at that time. But ROH did bring him to television for a promo. There are wrestlers tweeting that thanked him for wrestling and acted like he is retiring, and those in ROH were of the belief he was retiring

ROH is trying to book C.M. Punk for the Madison Square Garden show on 4/6. We’re told the chances of this happening are slim as he’s told those close to him that he doesn’t have any interest in doing pro wrestling

Chris Jericho, who at first said that he would never work in the U.S. for anyone (and turned down New Japan’s Long Beach and Cow Palace shows), but WWE, has teased the idea he’d be interested in doing the MSG show. He’s also teased he’d be open to work for Impact. Don Callis, who was the brains behind the original Jericho vs. Omega idea, since he was friends with both, may open the door and Jericho did love their PPV this past weekend. Callis and Jericho talk all the time


A new move is that Sinclair is in the running to buy the old regional Fox Sports Networks, the sports channels all over the country that cover local market team major sports franchises. Fox was selling to Disney but Disney is unloading, looking at upwards of $20 billion. There are a ton of people looking to purchase those stations which are built around the local sports franchises. Endeavor, the parent company for UFC has interest, as does YouTube Inc., Amazon.com, Inc. and a number of equity firms. Chris Ripley, the CEO of Sinclair, said he felt the networks would be a good fit for their profile

Sad to hear about his passing. Still will always remember this moment from the HDNet days fondly

I enjoyed his commentary greatly. Some people hate when non-wrestling guys do wrestling commentary but if done well, they bring some great stuff to the table. Hogewood was a professional broadcaster. A pro's pro. He could go football, basketball and eventually, he was going to be able to do wrestling as well. You saw him develop in front of your eyes and he brought an aura of professionalism and trust that you don't often get from pro wrestling announcers.

Your "pro" announcer guys are always worried first and foremost about giving you the viewers a front row seat to the action. They don't have gimmicks. They don't try to get themselves over. None of that shit and for that reason, I welcome more guys like Hogewood into the ranks. Pair them with a wrestling guy (Prazak was PERFECT) and you more often than not, get a good team.

Sure, you get duds like Adamle (who we're now finding out may have had some mental problems at the time) but more times than not you either get a good announcer or someone who eventually becomes a "wrestling" guy like a Lance Russell or even Schiavone.
Top

Very intrigued to hear people's takes on Lethal/Gresham. I feel like my opinion may be in the minority about the level of quality of the match.

Holy crap! DBD is shaping up to be a solid show!
Top

Nothing was absolutely terrible or cringe on the show, as is the case with ROH PPV however it’ll be some questionable decisions that won’t be capitalized on after the post All In buzz. Could it be the lack of commitment from most of bullet club that keeps ROH from giving them any big stories?

I mean if you watch ROH weekly, even the biggest Taven hater has to realize that he’s been screwed out of title shots and victories for over a year. He’s setting up the best damn babyface title win ever!! The booking actually makes perfect sense, which I know won’t get any credit. Taven Had an 8 count on Lethal the night after best in the world where lethal won the title, he had his title shot ripped away in his hometown due to Castle’s injury in May, it took the kingdom a year to get 6 man tag title shot and hell, the kingdom just lost the 6 man belts on TV weeks ago with Taven being pinned and he wasn’t even the legal man. The conspiracy is real. Problem is, Most ROH fans can’t stand him even though he’s a shade below Miz on the mic, But leagues above Miz in the ring.

The lack of interest it creates Will continue the streak of ROH just not getting a huge buzz going into Final Battle and after MSG I’m curious to see who is still with the company. No title changes tonight and I really thought the women’s would’ve gone to Tenille. Nothing was insulting on the show and entertained me for 3 hours, they do a good job I just wish more people noticed. Best match was main event Ospreay vs Lethal and worst may have been King vs Liger. I’ll save the obvious women’s match result from being the worst because it was a good match with a crazy power bomb on the outside and wasn’t a botch fest
Top

I enjoyed the tag title, the ten man and the main event, but otherwise, this was a pretty weak show. The tables match was one of the worst matches I've seen this year and if not for Asuka/Carmella, would be the worst match I've seen this year. Much of the booking was either weird or bad. I remember last year's DBD also being underwhelming, so perhaps this is a new standard for this show.
Top

WO reporting Punishment Martinez is done and heading to WWE. Hopefully, it will be to replace Baron Corbin.
Top 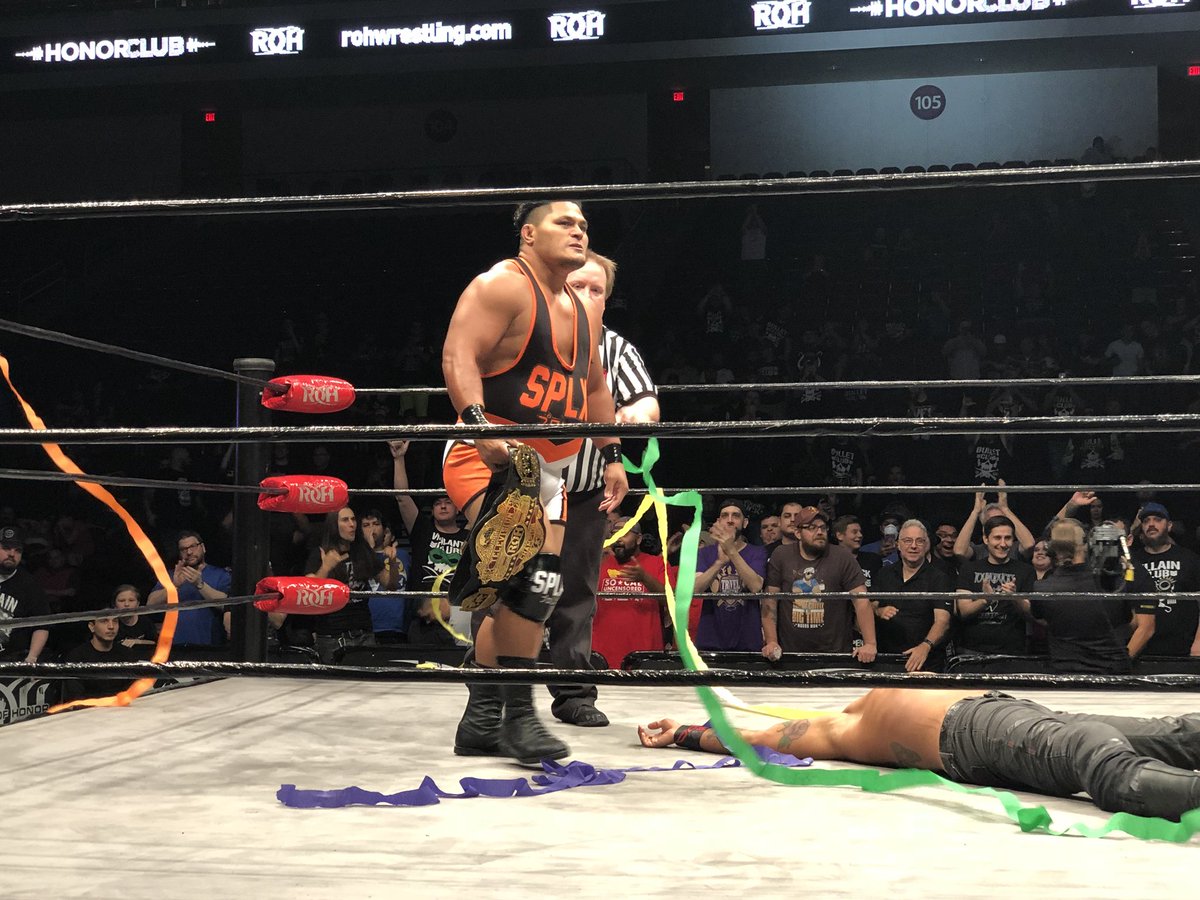